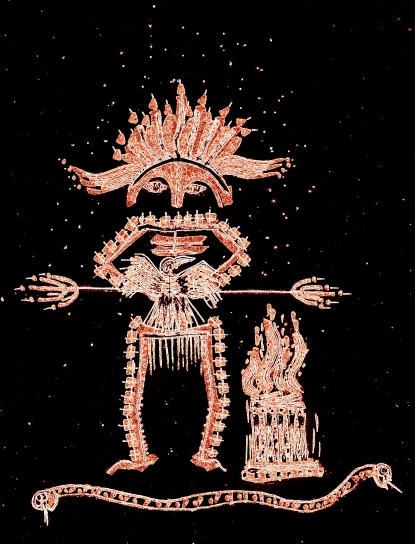 In those long forgotten times, The Old Ones sing the song when the Scaine na Gead touched the ground in a cascading of fire and The Ggnáe stood, taller than any tree with feathers of lights upon the heads and their staffs of singing in their hands, in the centre of the world and sang to all the children of all the children.

The Tribal Elders and Old speak of wisdom not as a instruction, rather as a bathing in the song of the starlight, which holds all that the heart should know. They believed that everyone had the same memories of that star song and in the descent through the great tree the souls focussed on that part of the song that they would live in the world.

It was the role of the Elders, as it was descended from the Ggnáe, to remind the young souls of the forgotten songs.

We live in a supposedly different time and the songs of survival and sharing, the songs of ceremony and spirit oneness, the songs of tending and medicine seem to be just out of our reach until another comes and gives and shows it to us.

For the Sagh’ic, wisdom is a remembering of the love between star and earth, brain and heart; learning is being nurtured to remember, practice and share that love.